Orson Wells in The Third Man.

The climatic scene of Carol Reed’s 1949 film noir The Third Man takes place in the tunnels beneath Vienna and is the perfect metaphor for the current state of U.S. politics – because both Democrats and Republicans are chasing each other through the sewers.

If the Democrats do not climb out of the gutter, Donald Trump will be reelected as President in 2020. Why? The Democrats have shown that they are equally adept at name-calling, and this merely entrenches both sides. It is not unlike being bogged down in the Western Front one-hundred years ago.

To win in 2020, Democrats need to speak to the issues that matter to those in swing states. Why, for instance, should coal miners be concerned about climate change? Why should steel workers see that trade agreements are good for business? Why does immigration help the economy? 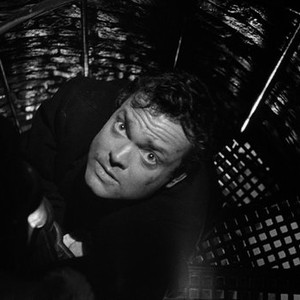 The climatic scene of The Third Man.

Here is the interesting thing about climate change. One doesn’t have to agree with the premise of man-made global warming to end up supporting policies that are good for the environment and also reduce carbon emissions. The discussion just needs to be put in a different frame. What I mean is that you can deny the science behind global warming, but we can nevertheless end up agreeing to policies that have the same result, as if you actually did believe in global warming.

The point is best made by Dr. Bjorn Lomborg, otherwise known as the Skeptical Environmentalist. In a paper he submitted prior to the Paris climate summit he notes: “Instead of trying to make fossil fuels so expensive that no one wants them – which will never work – we should make green energy so cheap everybody will shift to it.” N’est-ce pas?

A subtle, yet important difference. Make green energy inexpensive compared to carbon fuels, and the market will sort it out. This will still take time and require the development of technologies not yet known. But why not cut out all the aggravation and energy wasted in the argument over global warming and begin rowing the boat in the same direction?

Can you remember the last time a world power set itself a task that was technically impossible at the time and required the pooling of many scientific disciplines and industries? It was accomplished when the following words were spoken: “Houston, Tranquility Base here. The Eagle has landed.”

Sure, it cost a lot of money. But the investment in the space program has paid off many times over, and the stimulus to science and the resultant technologies have provided immense benefits to the economy. What you are reading this blog on right now was developed by minds that were inspired by the space program.

My solution to the whole mess is to send a human mission to Mars – because this will require the development of the very technologies that will reduce carbon emissions. An international team would attract the interest of the world, and you could even include an astronaut of the Muslim faith. Take all the money we’ll be spending bombing the Middle East in the next year and the program would be budget neutral. Let the Middle East bomb itself for awhile. It will still be there once we have astonished the world once again, and the countries of the Middle East may even see the folly of it all once they see what can be accomplished when people work together instead of propagating hate and fear.

“Roger, Tranquility. We copy you on the ground. You got a bunch of guys about to turn blue. We’re breathing again. Thanks a lot.” 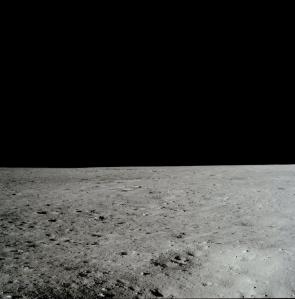 1 thought on “The Third Man”